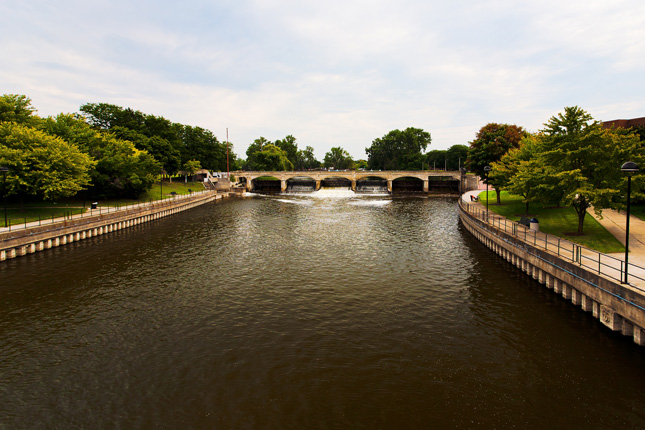 The idea of a “new middle” or “third way”—a blend of neo-liberal economic doctrines and social policies that was supposed to overcome the dichotomy between mixed economy and free market paradigms—more or less dominated U.S. and European politics for the last two decades. But today, this centrist consensus has been upended by a wave of populist, nationalist parties. Many have won over their electorates by questioning the benefits of free trade and globalization (as well as the international institutions that espouse them), while pursuing expansionary domestic economic policies.

The impact of this political agenda on economic performance and public welfare remains to be seen. However, one of the first tests for nationalist leaders may be the ability to meet the water needs of their countries.

The Economics of Water

Water security is one of the most fundamental expressions of the social contract binding citizens and the state. Its value to society is not embedded in the water resource itself but, rather, in the infrastructure and institutions that deliver reliable supplies of water for irrigation and drinking and that protect homes and businesses from flooding.

The management of water is an essential public good and a natural monopoly. Failure can be catastrophic: Last month’s flooding in Japan killed hundreds and left hundreds of thousands more without potable water. But the public sector is often unable to raise the substantial capital needed to ensure water security, forcing societies to mobilize private capital.

Water is also a private good, a commodity that can be bought from a supplier. Often, societies manage water supplies through market mechanisms or tariff systems that operate at the economic margin. While an individual might place a relatively low value on a incremental amount of water, the total cost of making sure that water is available is often much higher. This high cost may exacerbate inequality and even lead to severe problems when a community’s income is unable to support the investment required to deliver water, and the system breaks down.

The case of Flint, Michigan, is an egregious example.  After the state took over financial control of the struggling city, an emergency manager appointed by the governor switched the city’s drinking water source from Detroit’s water system to the Flint River without properly treating the water. The resulting dangerous contamination led to a now well-documented health crisis.

What Social Contract for Water Security?

Delivering water security requires a nuanced balance of explicit and implicit public underwriting, private incentives, and institutions.  The success of the current political agenda, and its implied social contract, will be determined by its ability to learn the lessons of the past. Three emerging trends suggest that such a test may come sooner rather than later.

Infrastructure nationalization: The last few years have seen a growing call across Europe to nationalize water utilities (including the United Kingdom, which once set the example for privatization) and increase public ownership of water infrastructure. While increased investments are clearly necessary, delivering water security and owning assets are not the same thing. Water is a natural monopoly, so its quality and access to it depends on the effectiveness of regulation and policing, whether it is managed by private companies, corporatized public entities, or public sector departments.

Public ownership is not an answer to water delivery problems; instead, it is a choice of which risks taxpayers underwrite. The public will almost always be the underwriter of last resort in the face of unpredictable, contingent liabilities such as destructive droughts or floods. Whether it should also lock up scarce capital in asset ownership should be examined carefully. Public entities, especially smaller ones, may not have access to sufficient capital to own and maintain assets against depreciation, which could thus deteriorate water security further.

Consider Cape Town’s infamous drought, during which the wealthy spent millions of dollars to insulate themselves from a potential failure of the public water system, by purchasing desalination equipment or drilling private boreholes to tap underground reservoirs, while those with fewer resources waited anxiously to see if the taps kept flowing.

Individual, distributed solutions hide a dangerous transition from utility services paid for collectively  as public goods, to private goods that rely entirely on markets. Those who can buy, will buy; and those who can’t—and there will always be some, no matter how cheap the solution—will not, deteriorating the society’s overall water security.

Environmental protection: Water security requires a systemic approach, in which the environment serves a fundamental function. Water is not secured just by building a huge sewer tunnel under London, for example, but instead by managing the landscape across the watershed. Watershed degradation directly affects the quantity and quality of the water available to citizens and industries; and the amount and type of green space within a city determines its ability to absorb and filter storm water and prevent sewer systems from overflowing.

Countries cannot deliver water security effectively and sustainably without investing in their natural infrastructure and capital. As long-standing, regionally-agreed environmental protection policies are challenged, the unintended consequences of deregulation may quickly emerge through water. The UK government’s plans for environmental standards and governance post-Brexit, for example, could result in a deterioration of the standards required by the EU water framework directive , which recognizes ecological management as integral to the water sector. Without them, the critical role of ecosystem services could be impaired.

Past and Future Politics of Water Security

In the age of climate change, environmental issues are geopolitical issues. With no sign of this current wave of nationalist sentiment abating, water security could become a stress point for politicians across nations, revealing unexpected vulnerabilities.

The old centrist agenda did not adequately manage the complexity of  water security. Its focus on globalization, market access, and consumption resulted in a legacy of under-invested water infrastructure which left societies less resilient to climate change and extreme events.

In many countries, water insecurity is likely going to get worse, which will have material impacts on cities, industrial and agricultural production, and vulnerable communities. The new wave of populist politicians will face complex choices about sovereign underwriting, capital deployment by public institutions, and sophisticated market regulations. It is inherent in the populist promise that the resilience of these politicians will depend on that of society at large. Water security will be a material test for both.

Giulio Boccaletti, Ph.D., is the Chief Strategy Officer at The Nature Conservancy. Trained as a physicist and atmospheric scientist, Giulio is an expert on environmental and economic sustainability. In his role as Chief Strategy Officer, Giulio works to develop the organization’s strategy and apply economic and scientific practice to its conservation agenda.