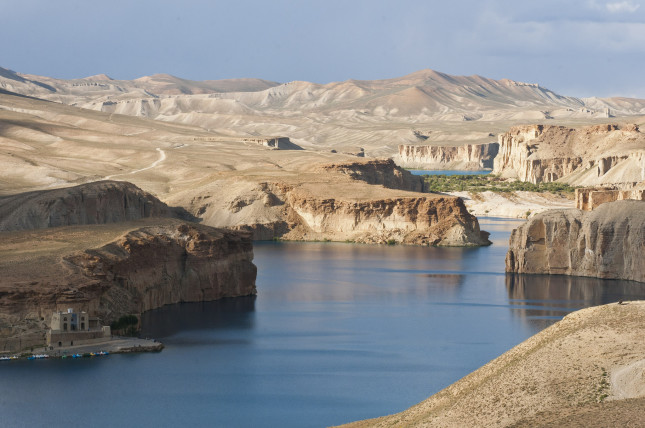 “For people who have been refugees for the last 30 years, protecting Afghan wildlife was a way of protecting your own identity,” said Alex Dehgan, CEO and founder of Conservation X Labs, who recently spoke at the Wilson Center at the launch of his book, The Snow Leopard Project: And Other Adventures in Warzone Conservation. He credited his success in Afghanistan to crucial community members. By tapping into their local pride in conservation, Dehgan was able to establish the foundations for the country’s first national park, Band-e-Amir National Park, which opened 2009 in order to protect the endangered snow leopard and the rich biodiversity of Bamyan Province.

When picturing Afghanistan, many people envision desolate landscapes ravaged by war, but the country contains “this incredible diversity of habitats, of forest, of mountains, of deserts, of places that look like the Grand Canyon,” according to Dehgan. Afghanistan was a biological Silk Road as much as it was a cultural Silk Road due to the “explosion of mountains,” which was a transfer point for biology, such as European brown bears, African hyenas, and Asiatic black bears and cheetahs, which are believed to be the rarest subspecies of cat in the world. When Dehgan saw paintings of animals of that region and pieces of skull embedded in the architecture of local houses, he realized how closely the Afghanis identified with their country’s remarkable biodiversity. This expression of ownership and pride became a crucial entry point for Dehgan and his team to connect with the local community and find common ground for conservation.

Establishing a national park and protecting endangered or at risk species was Dehgan’s main focus when he arrived in Afghanistan, yet he found that his work started to look more like building governance rather than building conservation. As Dehgan set up a conservation coordination committee, he watched in awe as local leaders who lived around or in the proposed protected areas arrived, having walked for up to two hours just to participate. In those committee meetings, representatives from the national scale down to the local villages were together “setting up rules and voting.” Dehgan said that he felt as though he was “watching the Constitutional Convention.”

Along the conflict continuum there are three points, Dehgan highlighted, where conflict and conservation intersect: pre-conflict, mid-war, and post-conflict. In each of these arenas, the presence of conflict affects the environment and conservation efforts. While active war has obvious and clear effects on the land through the presence of mines, erosion, and the absence of rule of law, resulting in over-exploitation, the pre-conflict and post-conflict impacts are less apparent. Dehgan cited the struggle for scarce water along the Afghani/Iran border, as an example of how competition over natural resources can exacerbate conflict.

When it comes to post-conflict, Dehgan presented conservation and resource management as a potential tool to rebuild governance and rule of law. In a country like Afghanistan which is 75 percent rural, Dehgan said that “if you’re not able to protect the land for wildlife, you’re not protecting it for the majority of the people in the country.” It is this connection between the people and the land that offers hope for conservation efforts in post-conflict zones. 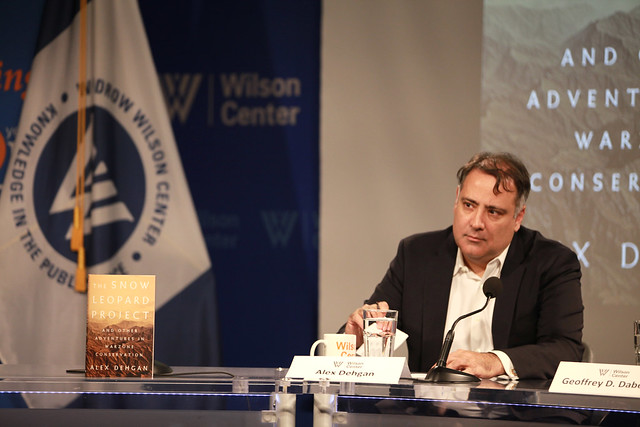 The Power of Multidisciplinary Problem-Solving

To turn a conservation effort into a tool for governance and peace building, it’s important to take an interdisciplinary approach, Dehgan said. He compared the field of conservation to global health 20 or 30 years ago. At the time, global health was a single discipline—tropical medicine. Only after it brought in economists, anthropologists, engineers, and entrepreneurs did we begin to see a complete transformation in our ability to solve problems, he said.

Conservation is starting to move in that direction, he noted, “but needs to go through that transformation,” which is what drove him to create Conservation X Labs with the goal of connecting the world of conservation with other disciplines. When conservation science began, it essentially was about biology, but as the field developed it incorporated social science and economics, and then engineering and technology. The conservation practice, similarly, transformed by incorporating law, markets, and technology into what it was trying to accomplish. Conservationists face complex problems. To be able to solve these problems, said Dehgan, “we need to have solutions that match the speed and scale of them.”