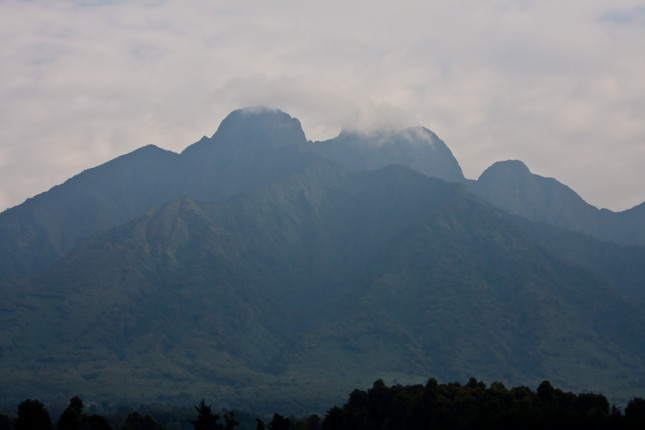 Transboundary Conservation Areas, such as Parks for Peace, have been heralded for their potential to simultaneously contribute to biodiversity conservation and peace, but evidence to this effect has been elusive.  In fact, more indications suggest that transboundary conservation areas, including Parks for Peace, rely on pre-existing international peace between countries for formalization and on-going non-violent relations for continuity. Although they are primarily designed for ecological peace (based largely on arguments of ecological connectivity), they are not immune to environmental harms.  Perhaps even more challenging is how “fortress conservation” and “green securitization” compromise social peace.

In my recent doctoral dissertation, I propose that transboundary conservation areas and Parks for Peace have not remedied the violence of protected areas or facilitated the peace dividends envisioned because they are not appropriately designed for international peace (between states), social peace (between peoples) and ecological peace (between humans and the rest of nature).  Design in this case refers to “the legal and governance framework which stipulates why a transboundary conservation area is being created, how it shall be constituted and governed, as well as who is responsible for what activities within the territory in order to achieve its goals or principles, and any other aspect of its constitution.”

The dissertation is based on a legal review of 56 transboundary agreements representing 32 transboundary conservation areas, complemented by online survey responses from 88 practitioners who worked in a total of 80 transboundary conservation areas, and field research in two case studies from Africa’s Great Rift Valley (the Greater Virunga Landscape between Democratic Republic of the Congo (DRC), Rwanda, and Uganda; and Kidepo Landscape between South Sudan and Uganda).

We also need to consider how international, social and ecological peace are addressed in transboundary agreements.  The most commonly incorporated social peace mechanisms are participation and benefit-sharing.  Unfortunately, clauses mentioning the participation of communities are generic statements about including local communities, without defining how or in what. None of the agreements mandate or require a minimum threshold of Free, Prior and Informed Consent (FPIC) in decisionmaking, although this is a commonly accepted international legal standard.  Mentions of benefit-sharing are similarly undefined, and in practice can appear as “trickle-down” revenue sharing schemes that rely on ecotourism development and frequently fall short of community expectations.

A few transboundary agreements pay respect to a recent history of violent conflict or warfare, but they do not address historical injustices related to conservation-induced human rights abuses, such as the forced displacement of indigenous peoples, or provide any grievance/reconciliation mechanisms for long-standing social conflicts.  Conflict resolution most commonly involves a standard dispute resolution clause referring to disagreements about how the agreement is to be interpreted and not about addressing conflicts throughout the broader land and/or seascape.  In order to truly heal conflicts and build peace, transboundary agreements need to better address these challenges to social peace and integrate social peacebuilding with the goals of international and ecological peace; especially given the mounting social criticism of protected areas and transboundary conservation areas.

Learning from the Ground Up

The experiences of these two transboundary landscapes suggest that where violent conflicts plague conservation borderlands, it may be more effective to operationalize local activities designed for conflict-resilience and conflict-sensitivity by sustaining local presence and cooperation through sustained resources, solidarity and agreements, formal or informal. In these contexts, on-going local cooperation is preferable to initiating a high-level cooperative agreement or treaty with insufficient institutional capacity and resilience on-the-ground, which can lead to “paper parks” that exist only in writing.  In other words, transboundary conservation cannot be imposed from above in violent landscapes or it may not survive tensions.

Where functioning systems of transboundary conservation do not yet exist, we can look to existing systems of transboundary governance and peacebuilding as alternatives to build upon.  For example, in the Kidepo Landscape there is an important and untapped role for community-based and/or endogenous conflict resolution.  Traditional systems of clan leadership and long-standing practices of inter-tribal peacemaking, as well as “neutral” third-party facilitation, such as cross-border peace dialogues facilitated by the Catholic Diocese, are bringing tribes together across the border for conflict resolution where cross-border conservation has failed.  Building on and collaborating with these systems can bring environmental peacebuilding practices into social peacebuilding processes.

It is clear that peace must shift from a symbolic aspiration to an active process within transboundary land and seascapes and in this pursuit, my dissertation offers the following suggestions:

Elaine (Lan Yin) Hsiao is Co-Chair of the Theme on Environment & Peace at the International Union for the Conservation of Nature’s Commission on Environmental, Economic & Social Peace and an Honorary Member of the ICCA Consortium.

Photo Credit: Mountains in Virunga National Park, which sits on the boarder between Rwanda, Uganda, and The Democratic Republic of Congo, September 2009. | © Garrett Ziegler/Flickr [CC BY-NC-ND 2.0]